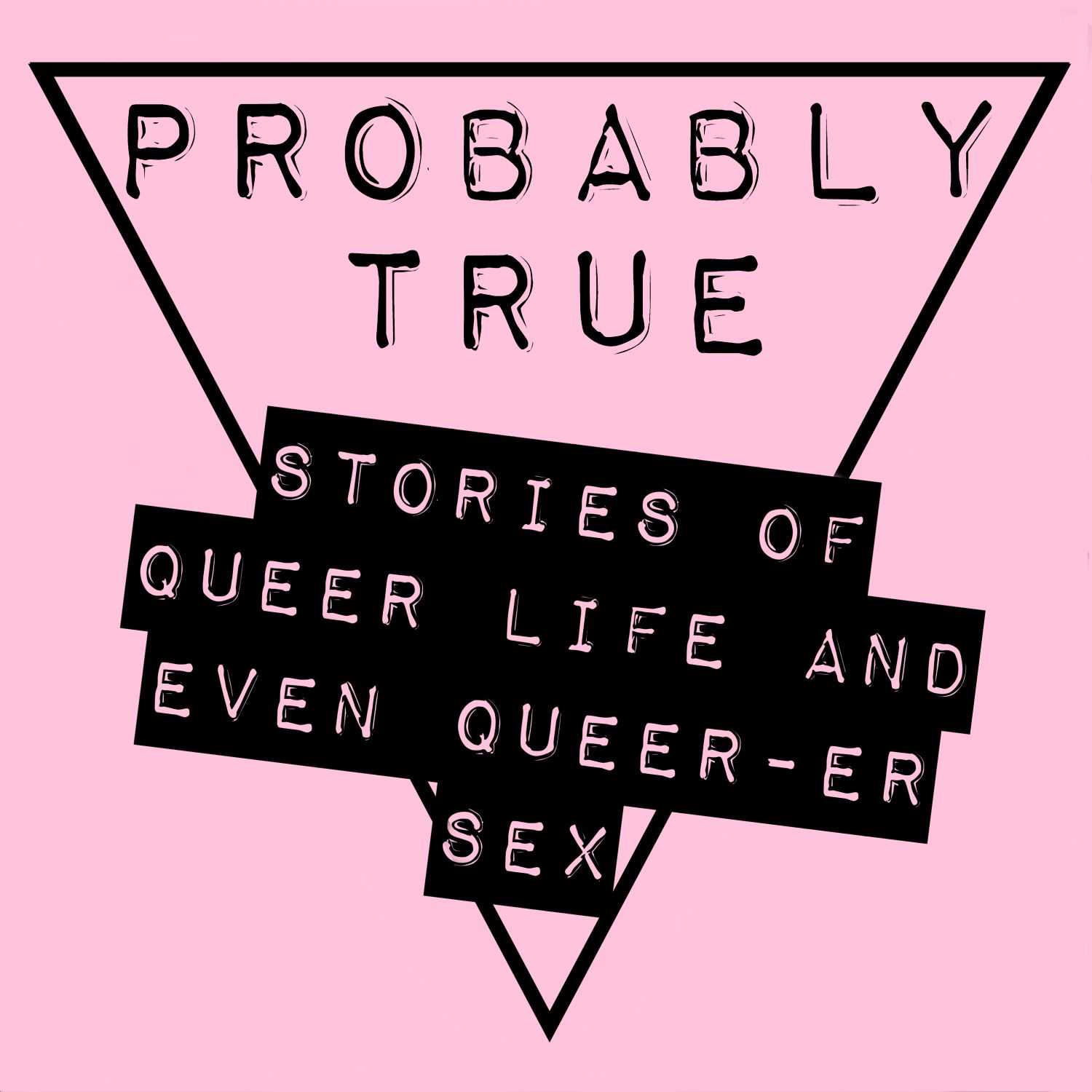 Constantly beset and bedevilled by the feeling you're Not Doing 'Gay' Right? Me too!

Constantly beset and bedevilled by the feeling you're Not Doing Gay Right? (Or trans, or non-binary, or bi, etc, etc) Me too!

A little look at what it means to be visible, who decides if we're doing it right, and something about a Findus Crispy Pancake that will probably put you off your dinner.

Don't let the straights get inside your head, they'll only make you boring.

Hello! Sorry I’ve been missing for a couple of weeks. I spent the time I would have been working on it in a queue for the Monkeypox vaccine. If you haven’t already, I very strongly recommend getting the vaccine as soon as you can. Not just The Gays, but everyone. It’s not an STI, and it’s certainly not a ‘gay disease’ because that’s not a thing, and anyone who says otherwise doesn’t understand disease. Or gayness.

So, as anyone can catch it from a handshake, or clothes, or even being next to someone on public transport, it is very much worth your time and effort to get the vaccine and avoid all the pain and suffering. Also it can leave scars all over your pretty face. So. Go get vaccinated. There’s a link to a video in the show notes that a ridiculous hottie and my future ex-husband made, talking about the symptoms and how awful it is. Go watch if you like.

Speaking of watching things and thinking “oh wow, that’s awful,” Probably True is now on Youtube! I’m doing occasional wonky videos that are old podcast episodes with silly animation things on top. Sort of. Anyway. There’s a link for that in the show notes, or you can just search “probably True podcast” on Youtube and it should pop up. Don’t forget to like and subscribe! Jesus fuck, kill me now.

No, this time, as I tried to cross the threshold into that hallowed space, the bouncer grabbed me - actually physically touched me, which was shock enough in itself as I wasn’t expecting it - and said “Sorry mate. Private party.” Having worked in bars and such myself, I know this to be Bouncer code for “I don’t want to let you in”. The shock of being stopped must have kicked in some sort of adrenaline rush, as my brain clicked into quick-thinking mode and I said “But I’m meeting my boyfriend here?”

He looked me up and down and I made sure to cock my hip a little, just to really up my gayness (up YOUR gayness. lol) and hammer it home. (Heh. Hammering it home. I used to have that one on DVD.)

Hip cocked, he looked me up and down and he said “Oh, sorry mate. Thought you were straight. Go on in.”

Yeah, thought as much. This guy tried to turn me away because I ‘didn’t look gay enough’. Not gay enough! Me! Someone whose lovemaking technique has disappointed more millennials than the final season of Game of Thrones!

This isn’t about me being crap in bed. This is about Not Looking Gay Enough. As if there’s a correct way to look gay, and I’m not following it. Like I skipped that page in the handbook or something. And when I got in there, the bar was bloody packed with straight ‘woo’ girls anyway, so it’s not like he was being equally as discerning with the female-presenting clientele.

“Sorry, luv. You’ve not shaved your head, you’re not wearing Doc Martens and you don’t have a nose piercing. You can’t be a lesbian, sling your hook.”

This was something I thought we, as a society generally, had moved past. But, no.

There was even a version of this from my gym’s instagram during Pride Month. Just like all businesses, they have to spend effort convincing us that they’re on our side, while taking our money and not actually doing anything to benefit the community. Their thing was to have one of their personal trainers do a video saying “Hey, I’m gay, and I work for CheapGyms and they’re great! I feel really at home!” and… fine, I guess. Good for him. Whatever.

(Do people still say yaaas? I’m still young. Get off my lawn you kids).

I think one of the reasons this gets to me so much is that I spent a good chunk of my late teens and early 20s trying to be Gay Enough. Trying to somehow make up for not being skinny, well-dressed, and hairless like all good gays should be. It’s exhausting. It also never ends. If you, as an el-gibberty person are worried that you’re not el-gibberty enough, then you never will be.

I think this is resonating with me a lot at the moment because I’m doing it to myself over being non-binary. Quite often when I leave the house, I take a moment to check myself out in the mirror because, well, can you blame me? And sometimes I do find myself thinking “Do I look non-binary enough?” and what I mean by that is “I say I’m an enby, but I don’t look it. I just look like a man…”

As if I need to be constantly dressed in a way that challenges gender norms, champions the queer community while also showing off my fantastic body. And that’s a lot of effort when all I'm doing is going to the shop for some tea bags and a twix.

Don’t get me wrong, it’s fun to dress up when I want to. It’s fun to challenge gender norms when I am in the mood for it. But not because that’s what others expect of me, otherwise I’m not being a ‘proper’ enby.

And oh, that is dangerous thinking, my loves. Because really, what you mean when you say “But I don’t look gay enough…” or “I don’t look non-binary enough, or Trans enough” is I don’t look mleh enough according to straight people. Because they have an idea of what that looks like, and there’s no-one like straight people for looking at a dog and saying that’s not a dog, because dogs don’t look like that.

And the important thing to remember about straight people, is that you owe them nothing. Oh, you’re gay? Prove it. You… want me to suck your dick? No! I mean you’re gay so you have to be camp and dress flamboyantly and drink cocktails. So, do those things, or you’re not a proper gay! No. Get fucked. I’ll do whatever I want. I have nothing to prove to you.

My favourite, actually, was some breeder recently who said to me “Oh. You don’t look non-binary.” And you don’t look like a dickhead, but here we are…

I see a lot of this feeling of there being a ‘proper’ way of doing and being, floating around.

There was a video that came up on my Instagram feed that was “three things gays do better than straights: And my first thoughts were “sucking dick, memes, and… dealing with the homphobia that’s thrown at us every day in a million tiny ways” but according to this 20-year-old Influencer, standing there doing a little dance in his swimming trunks, the answers were “style and fashion, thirst traps, and being the centre of attention”. Yeah, voice of a generation, this guy. Gays are good at fashion? Personally, I rarely wear anything other than jeans and a t-shirt, and even then only grudgingly. Most of the time I’m in my house in a pair of pants that have bits of old food glued to them with jizz. It looks like a codpiece made from really old Findus Crispy Pancakes.

I thought we were past this sort of thing, to be honest. It made sense 20 years ago, christ I’m old, because there weren’t any other role models, and the best we could hope for was “just like normal people, but into men instead of women”. And fuck that, frankly. It’s handy early on, to have a sort of ‘this is what our people do’ vague sort of basic foundation, perhaps, but only as a starting point, not as a rigidly-defined box that you have to fit into. Often it’s the ways we don’t fit in that help us understand more about who we are and what we want.

Now we have all sorts of beautiful people transcending binaries, living full and authentic queer lives that don’t align with the cishet world because we get to make our own rules, and decide for ourselves what being El Gibety means to us. Not just doing what we think we should because the straights tell us that’s what we SHOULD do. Think of our queer ancestors who all fought for visibility and to make space in the cis-het world. If all you want is to be a boring middle-class-straight-couple-but-with-two-men, then you might as well call Dignitas now and get it over with.

Wait, no. That’s not my point.

Don’t let other people decide if you’re doing Queer right or not.

For example, just the other day, a friend of mine, who has recently started transitioning, was having a bad day and finding her transition particularly hard, and wrote “I just want to be a pretty girl!” in what I can only assume was the digital equivalent of a glitter pen in her dream journal. And this pissed me off. Not just because no-one uses glitter pens anymore, but because what she meant was, she wished she looked like a pretty cis girl, because society has hammered into us a bajillion times that there is a ‘right’ and a ‘wrong’ way to be a girl. Which is stupid, because she’s gorgeous. I fancy her quite a bit. Sigh. I would disappoint her SO HARD.

Anyway. It’s worth asking “whomst does it serve, to say that THIS is how you do being gay right, and this is what a ‘proper’ lesbian looks like? Because it’s not the people who are gay and lesbian. We know what it looks like because it’s us. Whatever we look like, is what it looks like. Again, no point looking at a dog and saying that’s not a dog because dogs don’t look like that.

Maybe I should write something on my mirror, so every time I look in it, I’m reminded that I am, in fact doing it right. The one I see on Twitter occasionally is “This is how non-binary looks”. And when I look in a mirror, I must see how non-binary looks, for I am non-binary, and therefore how it looks is me. Even when ‘non-binary’ looks like I haven’t showered for weeks and there are bits of Yorkshire Pudding in my hair. I am SAVING them for LATER.